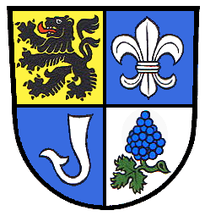 Prescribed Learning outcomes: A1: To interact and collaborate within groups as they share ideas., A2: Present imaginative ideas to other group members, A4: All students in a group listen and speak respectfully and clarify their ideas to the group. Brainstorm various ideas from across cultures. Listen actively while contributing to ideas during the group work session. B13: Apply adjectives introduced in class when sharing ideas of symbols to other group members.

Material and Resources: Overhead projector - To communicate the background information for the Knights and Japanese Kumon. White Board and marker - To write out information such as due dates, lesson requirements.
Body: Give the Students an Introduction to the Coat of Arms (10 mins)
What was the Knights Coat of Arms?
When Knights wore their helmets, their faces would be hidden making them unrecognizable. So in around the 12th Century, to make themselves identifiable behind all their armour to friends and enemies, they wore a Coat of Arms. The Coat of Arms contained symbols, pictures and writing which were unique to a Knight individually or belonged to a group of people, such as a family or even a state. As time went on the symbols used became more artistic and symbolic, eventually they developed into a complicated science called Heraldy. A traditional Coat of Arms usually included a patterned shield which was decorated with a crest, a helmet, a motto and a crown. Everything used on the Coat of Arms was symbolic; the colours and animals used all held different meanings. As they were used to identify someone, they were extremely important and were strictly regulated, they were used on legal documents! Even today the use of these arms are regulated by some Countries, in fact, In Canada the Queen has granted the Governor General Heraldic Authority. Some Countries still use the Code of Arms, such as the Philippines. These coat of arms became a symbol of Nobility and passed down from generations. They held detailed ancestral history; which revealed information about social circumstances and geographical locations of your family. Even today, a Coat of Arms is still used in institutions such as Universities, colleges, sometimes even by corporations or small private businesses.


Give the students a brief outline of the Japanese Kumon (10 mins)
What was a Japanese Kamon?
Kamon were similar to Coat of Arms; they date back to around the 7th century and are still used today. An interesting fact is that the car-maker Mitsubishi actually has a "Kamon." They were used to represent the identity of an individual or a family by using symbols and pictures. The use of specific symbols were regulated and many times limited to Aristocracy in Japan. Unlike the Coat of Arms, colours generally did not represent anything, but they also used symbols and animals to display meanings. These were displayed on clothes, flags, tents and other equipment during battle. Kamon's later began to be used by Temples, merchants and even gangs. They are frequently displayed on a kimono, sometimes even multiple. The Kumon are still used today in Japan by modern families; those who do not know can usually go to temples and find out which one belongs to their family. 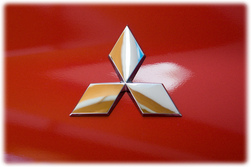 - After the lecture, give the students a chance to ask any questions (5 mins)
Personality Adjectives

- Give the students a vocabulary sheet with personality adjectives. Below is a website they can visit, but above is a link to a sheet which contains descriptions of some adjectives..
http://www.englishclub.com/vocabulary/adjectives-personality-positive.htm


-Now number the students off into groups of 4, and have them share ideas of symbolic meanings, whether specific to their culture or any they know of in general. They can share symbols, colours and pictures. By working in groups students who are not primary English speakers will have a chance to interact more with English speakers. The teacher will make sure to give clear and explicit instructions by writing the instructions on the board and call on a student to clarify in his or her words what the instructions are. It will be required that the students each take turns sharing any ideas or information that they have about symbols or meanings, this way everyone has an opportunity to talk. The outcome of this specific activity will be to share information and knowledge in a group environment.
(10 mins)

Universal Design for Learning: My lecture will be primarily on Knights and Japanese use of Kumon. But the group interaction with all students will be inclusive to all cultures, as there are symbols and meanings from around the world which can be shared. The groups of 4 will be encouraged to share their knowledge with one another. This class will have ESL students from around the world, giving them the chance to share symbols and meanings from their cultures. Students will be encouraged to share symbols and words from their culture with the rest of their group to value the cultural diversity. This will also enrich the students cultural knowledge.
Assessment: The teacher during this lesson will not be focused on evaluating the students. The primary objective will be to walk around the class helping students and making sure all students are engaged and participating.
Powered by

Create your own unique website with customizable templates.
Photos used under Creative Commons from vladislav.bezrukov, viZZZual.com